The boundaries of the Tyrrhenian and Adriatic seas

We have always been told about the Roman history, but there is actually another part of history, previous to the Roman’s and possibly even more interesting. The Mediterranean Sea 5 centuries B.C. – before becoming the Mare Nostrum of the Romans – was split among many populations that vied for its control, as it was already a strategic point for trades and for the domination of the Western world. This partition was marked by the naval battle of Aleria or Alalia, mentioned by Herodotus, which was the Corsican locality where Phoenicians, Etruscans and Phocaeans fought.

The Phocaeans were a Greek population which aimed at expanding over the Tyrrhenian Sea at the detriment of the Etruscans which had been hitherto the undisputed rulers. In order to face them, the Etruscans allied with the Phoenicians and, even though the Phocaeans prevailed during the battle, they ended up being so weakened that they had to withdraw. The Tyrrhenian Sea was then divided between the winning populations in two major spheres of influence, according to a treaty engraved on gold plates found in the archaeological site of Pyrgi: the Etruscans would control the northern area projected towards central Europe, whereas the Phoenicians would control the southern area from Sardinia and Corsica to the Balearics. In order to take over the network of trades, the Etruscans then gained access to the Adriatic Sea as well, and built the port of Spina, on the Po Delta.

Following the traces left by the Etruscans, we will start a historical and archeological tour that touches three different stages in Lazio, Emilia Romagna and Campania, in collaboration with The Ministry of Cultural Heritage and Activities and Tourism (MiBACT).

Places on the map 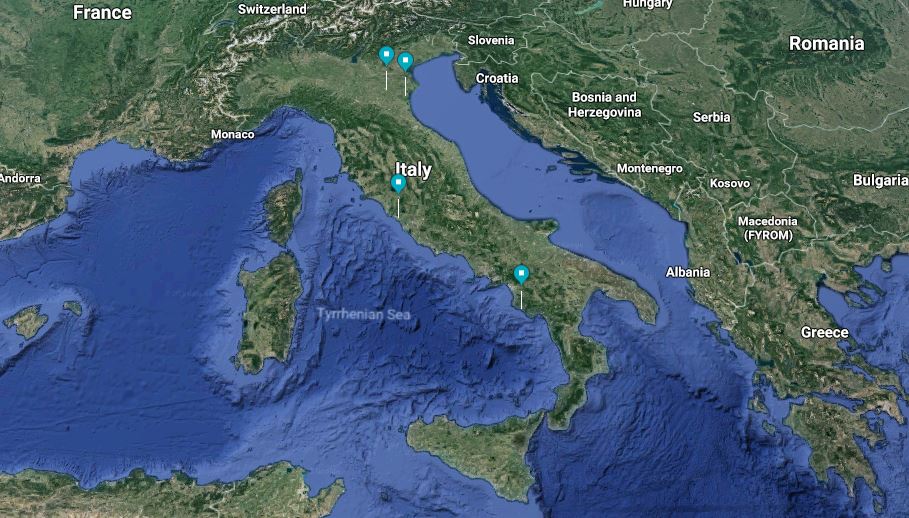 Open the interactive map on Google