Legend has it that an Emilian innkeeper accommodated in his inn a beautiful woman. He couldn’t resist to the temptation to spy her from the keyhole of her room while she was getting undressed in the evening. He was fascinated by the beauty of her… belly button. It inspired him the shape of a new kind of filled pasta: the “tortellino”!

The tortellino is the symbol and the emblem of Bologna and of all the Emilia. In the dialect of Bologna tortellino it’s pronounced turtlein but don’t try to make joke of it or to repeat it in dialect: people won’t like it and you will never be convincing. Until a few years ago when the mother in law met for the first time her daughter in law, she used to look at her fingers. Thin fingers meant that the girl was able to close the tortellini as small as possible and so she was well received in the family! 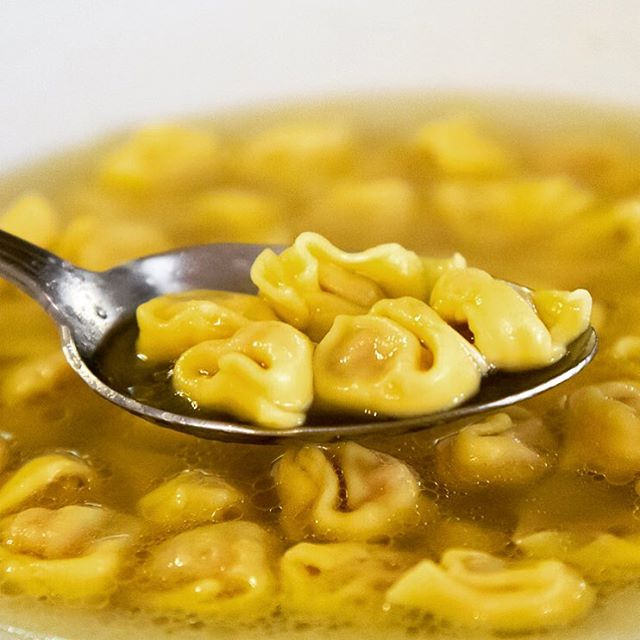 The filling of tortellini is made with mortadella, pork loin, ham, parmesan and eggs, the difficult part is to close them. Here are the instruction that Martino Ragusa gave us:

Good luck! Better to go to the restaurant, but pay attention: not all of them are good!