Nature, history and mysticism in the area of Phlegraean Fields

We are in Campi Flegrei (i.e. Phlegraean Fields) near Naples. It was defined by Dante Alighieri the entrance of the hell. Everything here is part of a volcano. The lake is a crater full of water and even Monte Nuovo was created by the volcano.

Today this volcano is extinct and there is a Sybil that keeps him quite. Sybil is probably the name of the woman that gave responses for intercession of god Apollo. The Sybil’s lair is very ancient. The gallery is extremely technologic and probably it had a technic purpose. Then it became a holy place, the Sybil’s lair. 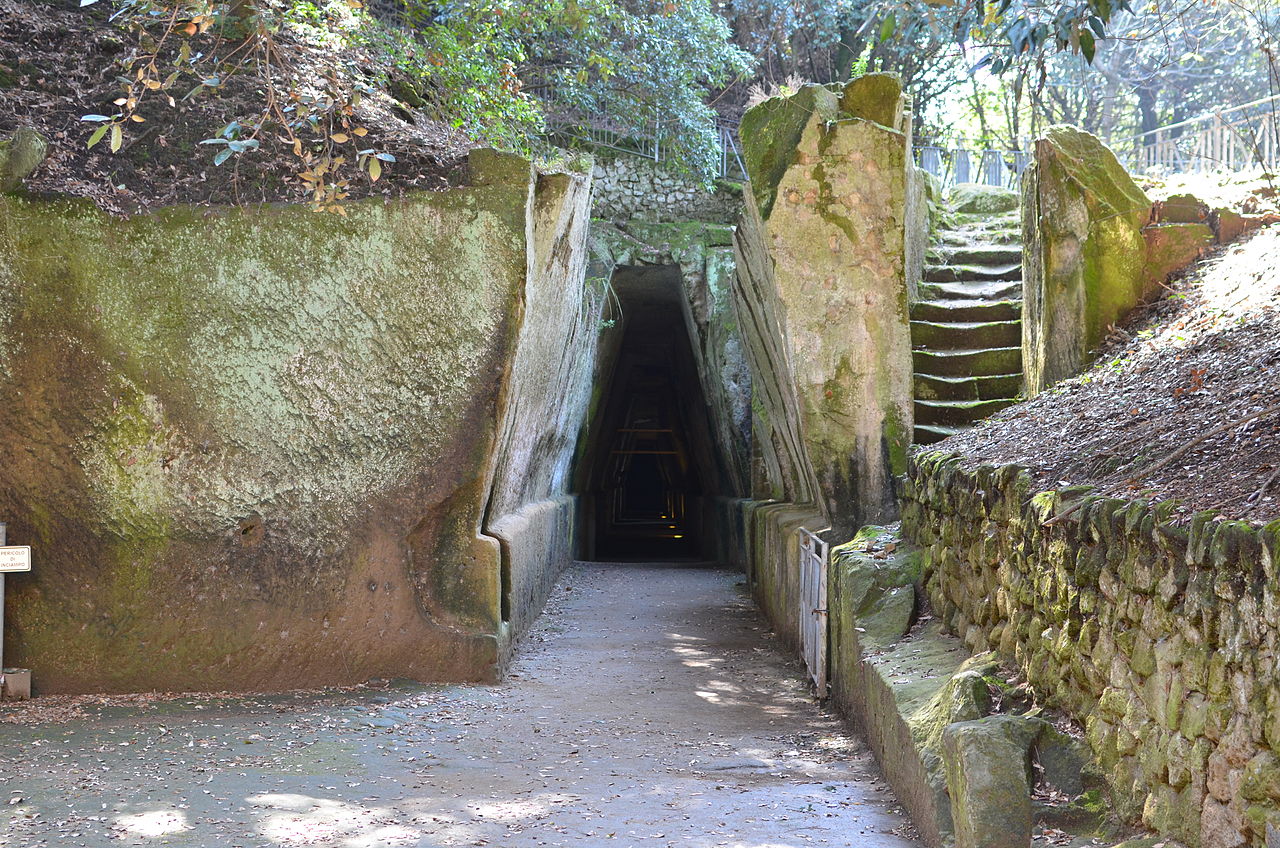 Lake Avernus, the entrance to Avernus.
The Inferno according to Virgil and the Aeneid.
But it is naturally also a natural phenomenon.
Of course, this is a volcanic crater.
A volcano which in this case is extinct and is now filled with water to form this lake.
But the volcano here is everywhere:
It’s under the water, in the sea, and all around us.
And when the volcano awakens it even creates mountains.
Just like in the case of Monte Nuovo that in the 16th century suddenly appeared overnight
And it is the way it is. Here we are in the Phlegrean Fields, an area of Naples that is a volcano!
It is kept in check by a witch, a fairy, a sorceress… a sibyl!
The Cumaean Sibyl.
All I need to do now is to go and pay her a visit.
Perhaps Sibyl was a proper name, the name of the woman who gave responses by God’s intercession, usually Apollo.
The cave of the Sibyl…
Where might she be? Here?
I too am here for a response.
Sibyl?!
This place is a lot bigger than I ever imagined and than it appears in photos.
In terms of the structure, it resembles the Treasury of Atreaus or St. Catherine’s Well in Sardinia.
This tunnel is extraordinarily technological, a stone entirely carved and dug through tuff.
It undoubtedly had a purpose of a technical type.
Then it also became the location of the Sibyl, a sacred place where to come and ask for responses.
But I wonder what it was originally.
I wonder how old it is.
Sibyl, I want a response! Mine is a simple question and has to do with my future.
Sibyl?!
Here we are, the Sibyl prophesied and she will do so again for me, in a trance, using leaves.
Zoe – you’ll go – your daughter – you – travelling.
“Your daughter, travelling?”
“You will go with Zoe”, its Sibylline!
After all, she is a Sibyl!
You’ll go travelling with your daughter Zoe.
This is the response! I will go in search of the divine feminine in the Campania region, with my daughter Zoe.

Guido is a real expert on the Cave of the Sibyl, where he organises entertainment and meetings.
Events with which to regenerate these places: the cave, the archaeological area and the forest of Cumae.
The forest is a vast area that is under the tutelage of the Campania region.
Tens of kilometres of dune and Mediterranean scrub
that reproduce the emotions that the Greeks must have felt when they came to colonise the west and took possession of this place.
They weren’t daft!
Look Syusy, how lovely!
It’s really beautiful! All green!
Together we have formed a committee that helps in the management of the forest.
We are talking and we have done a number of things that concern the connection between the forest and area of the cave.
The protection of these places is entrusted to the administration, but it is supported by the citizens.
It’s a rediscovery of the origins of this place, in which every stone recalls its history.
Maze, the labyrinth, the cymbals, the Sibyl.
An extraordinary and ancient place, and a lot older than people say.