Up to Mount Vesuvius’ crater!

The area of Ercolano at the foot of Mount Vesuvius is one of the most fascinating and interesting areas in Italy, because of both its wonderful nature and its great contradictions. The ideal destination for an intense journey, full of different tastes.

The best surprise is nature. Last summer, I climbed up the Mount Vesuvius following the path number 4 across the National Park and I reached the Vesuvius State Nature Reserve “Tirone Alto”.  You can choice a short trekking trail of about three hours, or a long one which takes a full day. During my trip I saw unbelievable sceneries: Bushes in their full flower, a wood completely unspoiled with its biodiversity, the volcanic rock that makes this area so special.

Then I climbed up the crater. Enjoy the nature, but don’t miss a visit at the Vesuvius Observatory. It tells the history of the Mount Vesuvius from the geological age untill the classical age: that is from the origin of the volcano in the 400.000 b.C. to the great eruption of the 79 described by Plinio, till the last eruption of 1944. 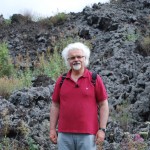 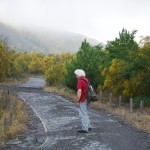 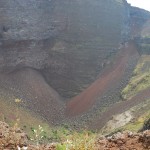 In the nearby, you have to visit the Excavations of Herculaneum, it’s worthy! There’s something else not to be missed: The Virtual Archaeological Museum with its historical and archaeological reconstructions. It is an interactive experience to literally get in touch with our past.

What about the contradictions… The Bed & Breakfast I slept in, called “Fuoc Muort”, is also a farm producing its home-wine. Nearby I met Mr Antonio, a proud friend of Maradona, who cultivates here the Vesuvian tomatoes DOC. Everything let you think that I was in the countryside, but actually I was still in the city centre of Ercolano! These brave farmers cultivate every last centimetre of the volcanic fertile soil, but the unstoppable growing is always under threat of an inevitable and expected new eruption… But you know, people from Ercolano are masters in touching wood!