Treviso and Padua, two cities of the Veneto region. Both less important than Venice, Verona and Vicenza, but well known for their history, culture, monuments and traditions.

When the power of Venice Republic was very high, the Italian city of Treviso was an important municipality. It depended on the same Republic of Venice, both economically and politically. Regarding to the 1900, Treviso suffered a real drama: between 1915 and 1918 the Austrian armys detonated bombs in the city and around the rest of the region. However, a totally different situation occurred during the Second World War, in which Veneto discovered that its economical, industrial and rail life was growing.

After the end of the Second World War and the birth of Italian Republic, Veneto became independent together with other four Italian Regions and lived many happy years of economic’s development. In the city you can see all the buildings that are the symbol of his cultural and historical path: Signori Square with its Palace, the churches of Niccolò and Saint Francis, the Loggia dei Cavalieri and, especially, Pescheria area where you can see old windmills while they are moving. By this way is recreated the same classic atmosphere that we can find in Holland, for example, where there usually are many windmills in the countryside. 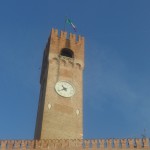 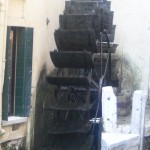 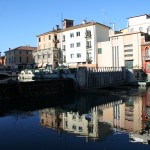 The Civic museum with many interesting artworks, the historical Scrovegni Chapel and Saint Anthony Church: Padua shows its beauties. The Chapel, in particular, that thanks to Giotto’s cycle of frescoes, is considered as one of the masterpieces of Western art.

If you want to eat something you can’t lose the sweet atmosphere of Pedrocchi Coffee, that is a sort of institution in the city. Then you can have a walk on the Umberto I street, full of typical shops, ice cream shops and bar. If you want to spend your free time by remaining in the old town, you can also visit San Francesco street, Del Santo street and, especially, the church of Saint Anthony. We have to give a special attention to the history of the Saint to which is consecrated one of the biggest churches in all the world. St Anthony was born on 15 August 1195 in Lisbon. He was a Portuguese religious who lived between France, his native country, and Italy. In fact he declaimed his sermons specially in Bologna, Forlì and finally Padua. He also went to Rome to meet the Pope Gregory IX who loved very much Saint Anthony’s thought. His religious education was very near to the philosophical and religious thought of Saint Francis of Assisi (they met in 1221). Anthony died very early, in 1231, when he was only 36 years old.

He was canonized one year after his death and his philosophy became an important object of study, especially after the end of the Second World War. In 1946 -in fact- the Vatican State, symbol of the World Church, decided to give a special consideration to Saint Anthony’s sermons, religious thoughts and works. The St. Anthony Church in Padua is visited every year by 6,5 millions of pilgrims and tourists. There are countless stories that tell about many people who defeated terrible diseases thanks to the Saint’s miracles. After all maybe is not by chance that Saint Anthony, together with Saint Pio from Pietralcina, is the religious who is still making speak about himself and his miracles. Not to mention the fact that he is the Saint patron of Lisbon, his native town, Padua, some cities in Argentina, Brazil and USA.