Licata: My little-known house in Sicily

A treasure of history, tradition, food and beaches

Licata is in the souther part of Sicily. It’s a small town full of wonders (but sadly their value is not increased). Here you can find: history, amazing food and wonderful beaches.

Talking about history: Phoenicians used to live here. Here took place the Mount Ecnomo battle, the battleship of Capo Ecnomo during the Punic War and during the Second World War Americans landed in Licata in the codenamed Operation Husky. There are still few old men that remember the Operation, I had the lucky to interview them for a school project and it was very emotional and funny too because they do not remember things very well.

Licata has some wonderful palaces. We have Bosio Palace in Saint’ Angel Plaza, Saint Salvatore Church and the Frangipane palaces from baroque age. The Frangipane palaces are all in the same street, the most important one is now headquarter of the Banca Popolare Sant’Angelo -a bank born right here-. We also have lots of liberty villas in the so called “park of liberty villas”. They were built in the hill of Monserrato and we have many of them, such as Villa Sapio Rumbolo, Villa Urso, Villa La Lumia, Villa Bosa. You can find some liberty palace even in the centre of the city, the most important are the Re Grillo theatre designed by Filippo Re Grillo and the Town Hall designed by Ernesto Basile. A different palace is the Cannarella one, it has a Neo-classic style and it is famous because here stayed Menotti Garibaldi and Nino Bixio during the Operation Husky.

Saint’Angel Castle is the only remaining castle of the town. It is really beautiful, it was part of the ancient system of sightings. In the evening it is illuminated and it is possible to visit it from Monday to Saturday in the morning. It is above the old cemetery and from there you can have an amazing view of Marianello beach. 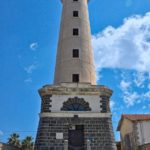 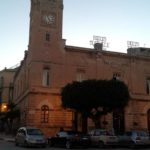 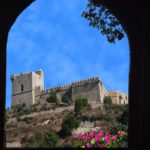 One of the most interesting thing that you can see is the Grangela, a pre-Hellenic water supply project. You can find it in the centre of the city. It was a 18 meters pit carved into the rock, there were three windows and during the summer you could bring water from the lower window. During the century it has been modified, four path have been carved but now there is only one viable path. You can visit it.

Another interesting thing that you can see are the anti-raid shelters. They were built before the Second World War but they started being used as anti-raid shelters from that moment. There are two entrance one in the Marina neighborhood (not the official one) and another one in Marconi street.

Another monument dating back, maybe, to the Bronze Age is the Stagnone Pontillo. It was used as a place of worship and then as a water resource. It is made of two cave carved in the rock and three support columns. Unfortunately it’s not possible to visit it.

We also have a -finally reopened- archeological museum with artifacts that goes from prehistory to the middle age. It is open on Monday, Wednesday and Friday from 9AM to 1.30PM, on Thursday and Saturday from 3.30AM to 8PM and on Sunday from 4.30PM to 9.30PM.

We have 22 churches in Licata. Yeah, I’m not joking. 22 churches in 180 km2. All of them worth the visit but I cannot spent millions of word just to mention all of them so I’m gonna mention just the most important. First of all “A Matrici”, Saint Mary Church. It is one of the principal church in Licata, there are lots of important works of art. The most beautiful part, in my opinion, is the Chapel of the Black Christ. During a Turkish invasion in 1500 the town got burn, even the church. Anyway a crucifix didn’t burn, it just became black so the faithful built this chapel for the miracle happened to the crucifix. One of the church with the most amazing view is the Church of Pompei, it is located near the Saint’Angel Castel. There is Saint Augustin Church, it is near Marianello beach. It contains the Statue of the Lady of Sorrow. During the week before Easter the statue is carried on profession. Some people use to do the “viaggio scalzo”, they walk without shoes for all the procession in devotion to the Lady of Sorrow. The faithful decorate their balconies and they threw flower petals at the passage of the statue. The statue is brought to “A Matrici” (that I mentioned before) where remain three days, until Palm Sunday when they brought it back to Saint’Angel Church. Another important church is the Saint Girolamo one. Why is it important? It contains the statue of the Christ (deposto) and the statue of the crucified Christ. These statue are important for the Holy Week. 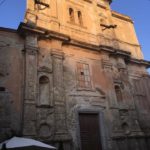 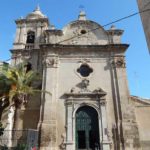 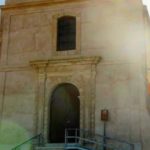 It all begin the Holy Thursday. The “confrati” of the Saint Girolamo confraternity begin the procession during the night. They wear a white habit with a red rope as a belt. They come out of the church with the statue on their back and they walk through all the town. Then the statue of the Lady of Sorrow reach the statue of Christ, the faithful follow them holding fairy lights and people throw them flowers from their balconies. At the sunrise the two statue are separated, the Lady of Sorrow come back in Saint’Angel Church and the statue of Christ enter the La Lumia palace where is created a funeral home. People can visit the Christ until the afternoon. On Friday at 1PM the procession start again but with the statue of the crucified Christ. One hour later in the Town Hall plaza a bugle-call announce the meeting of the Christ with the Holy Mother that runs (literally) from Saint’Angel Church. Mother and son walk together. The Christ come back again to La Lumia Palace with the crucifix and comes out without the crucifix. The statue gets crucified by two priests and one nurse. In the evening “i confrati” from Saint Girolamo church get to the Calvary with the urn. Then they get back to “A Matrici” to leave the Christ. During the Holy week it is used to eat pasta “a milanisi” filled with sardine and wild fennel and the typical “muffulettu” bread with spices and sesame seed. 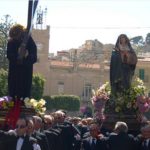 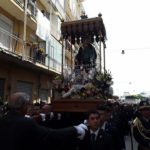 Since I talked about the Holy Week, I take the opportunity to talk about another event that you can’t miss: the Patron’s Day. It takes place twice, the first time the 5th of May and the second time the first Sunday after the 15th of August. During the week of the 5th of May there are stands everywhere in the centre of the city. The urn of the saint is brought through the city followed by four tapers called “ntorce”. The urn is brought on the shoulders of the sailors that are without shoes and wear the summer uniform of the Navy. During the walks there are different race with the statue, the last one is the one that brings the Statue in the Saint Angel Sanctuary. It is also screamed “E chi semmu surdi e muti? Viva Sant’Angelo.” (Are we deaf and silent? W Saint’Angel). During the week take also place the “Palio at sea” and the Greasy Pole. 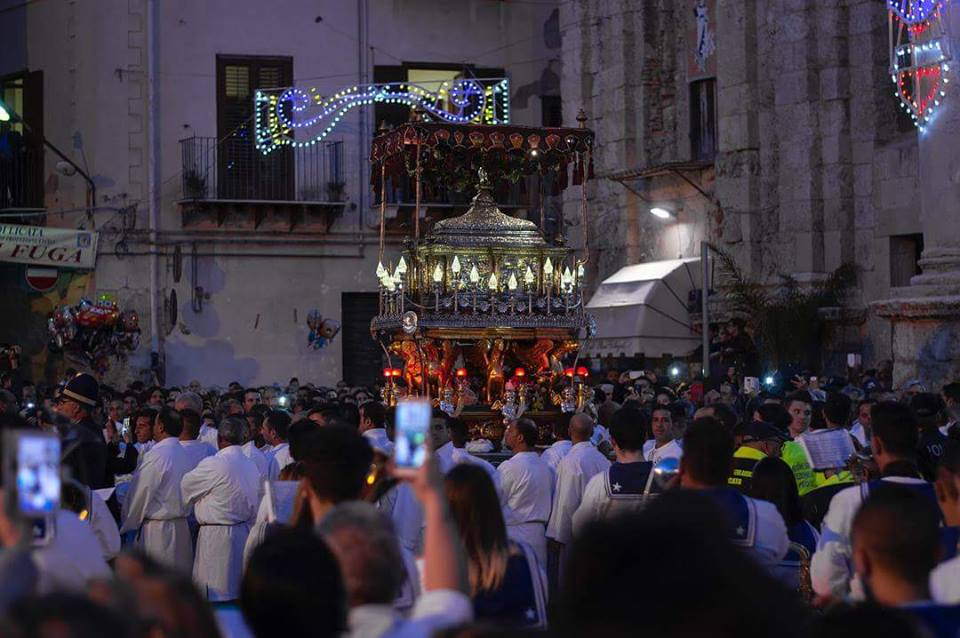 Anyway we have lots of church but also lots of beaches. 10 beaches at all. The most popular are Mollarella, Poliscia, Rocca e Pisciotto. These are sandy beaches like Marianello beach where you can find mountains of clay. There is Balatazze, in the Nicolizia area, here there are rocky beaches. You cannot reach the sea easily but the beaches are really amazing. There is also Torre San Nicola, so called because there are two towers. Last but not least there are Playa beach and Poggio di Guardia beach. There is another beach, it is really difficult to reach, it is called Cala Paradiso and I think this is the most beautiful one. 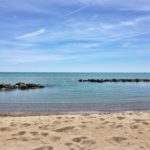 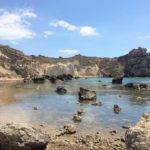 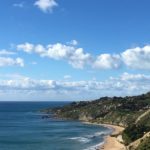 Let’s talk about the important things, let’s talk about the typical food. Of course you can find the typical Sicilian food: the slush with the brioche -a rant ca brioscia-. Here the brioche is not the usual one, it’ the brioche “cu tuppu”. The cannoli, the cassata and so on and so forth. But there are also some typical food: we have the “minnilati” it is a dessert made with almond, sugar, flour, lemon peel and flavorings. Then we have “i mastazzola” it is a dessert too made with cooked must, carob juice, orange peel, pepper, sugar, cinnamon and flour. You can find the “cicirata” a nougat made with chickpeas. The typical bread is “u muffulettu” made with flour, yeast, salt, cinnamon, spices and aniseed. The typical pizza is the “fauzza” filled with sardine, garlic, tomatoes, pecorino cheese, basil, olive and olive oil. Of course you can find typical food with fish. Our fish is irreplaceable, it’s the best fish in Sicily. The typical food with fish are the sardine balls and the “impaulettate” made with two sardines filled with bread crumbs, eggs and cheese. 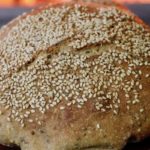 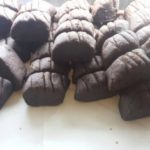 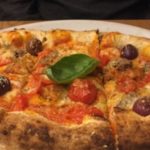 We have lots of pub, bar, ice-cream parlors and the market. You have to see the local market, it is on Thursday. It starts at 8AM and end at 12AM and here you can find literally everything. Food, dresses, pots, textile materials, plants, everything at really cheap prices.

Licata is really a great town, full of interesting things and full of history. It worth a visit!