The place to be for fashion and design lovers

A few years ago for the first time I flew in Milan for the weekend. My trip fell on dank November days and I traipsed the streets having absolutely no notion of where to go except shops. Currently, thanks to Italia Slow Tour this problem doesn’t exist any more. From all variety of Milan museums, I introduce to you a selection of those which most closely correspond to style of the world fashion capital and which you can visit if you have a free weekend in Milan. And in order to have time for all of them I recommend you to make use of convenient Drive Now carsharing service. In its vehicle park there are basically Mini and BMW 1 Series cars which are perfect for city traffic. A strategic place to stay, close to the avenues devoted to shopping (see, Corso Buenos Aires) is Hotel Lombardia. 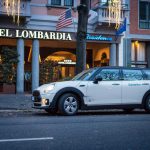 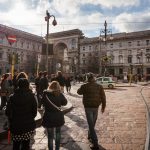 Milan on a sunny day 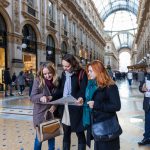 Fondazione Prada is not just a museum of contemporary art. Here an idea, a conception which is often more important than eye appeal are at the wheel. Sometimes exhibits can be so mind-blowing as the museum management recommends sensitive visitors to treat carefully visiting some expositions. I got to have a look at works of very controversial authors exhibited here this season. Edward Kienholz became one of them. An American artist worked in the installation genre. His work “5 Car Stud” made in the early 1970s reconstructs a racial abuse situation. The installation with participation effect tells about violence of five white men against a black guy. Other works of the artist are intended to show complete soullesness of our everyday life to the world. 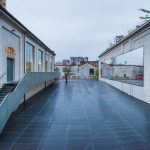 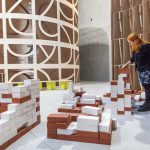 Prada foundation, Lana and the bricks 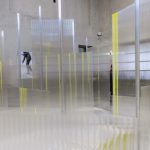 Another artist impressing by his controversial works is William Copley whose works are exhibited on two floors of the museum. The artist produces paintings in which he reconstructs obscene scenes generated by his imagination using bright colours, three-dimensional figures and collages. Visiting Fondazione Prada you will have charge of bright emotions which sometimes can be not so pleasant but you absolutely won’t feel bored. 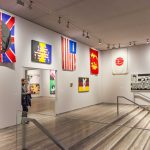 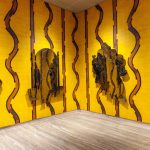 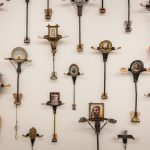 Pinacoteca di Brera is the biggest picture gallery in Milan. It was founded by Maria Theresa of Austria for students of the academy of fine arts located there on the first floor of beautiful Palazzo di Brera in baroque. Pinacoteca di Brera consists of 38 halls where paintings of the masters of different styles are exhibited such as Tuscany, Venetian and Lombardic styles. Here you can see masterpieces of such masters as Raphael, Caravaggio, Rembrandt, Piero della Francesca and many others. Pinacoteca di Brera is necessary to be visited by every fan of Neo-Classical painting. 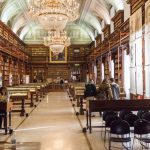 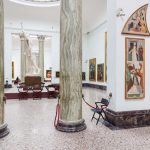 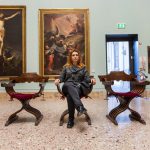 Getting hungry after a walk through the museum you will definitely want to make a light meal and I recommend you not to turn far away. Brera district is full of various bars, restaurants, trattorias and other food services. But I recommend you to go to an unusual place combining Japanese compactness and Brazilian brightness of tastes. A few steps away from Pinacoteca di Brera, at Corso Garibaldi, 59 you will find yourself in magic atmosphere of Temakinho restaurant. Tartare with salmon and avocado, sushi rolls with fish and fruits and many other uncommon dishes which gourmets will definitely enjoy. 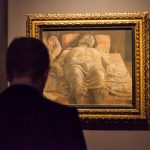 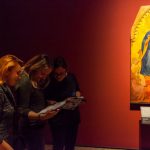 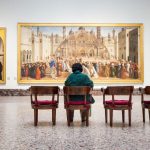 The museum of fashion and costumes opens its doors for everyone who is attracted by the world of fashion industry. The museum exhibition which grounds on collections of past ages fashionable clothes demonstrates fashion evolution to its visitors. You can see how from century to century fit of costumes and combination of colours changed and which textiles was preferred by fashionistas of past ages. Moreover, in the museum there is the collection of paintings showing development of the historical centre of Milan especially Piazza del Duomo. 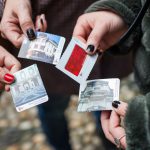 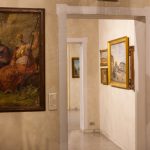 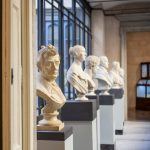 After visiting Palazzo Morando you should go to Monte Napoleone, 8 for a cup of coffee in one of the oldest public places in Milan – Pasticceria Cova. Interior and recipes remain unchanged from 1817 and even Giuseppe Verdi in his time often gave a look in here for a cup of postmeridian tea.

MUDEC is the museum of world cultures. Here there is an awesome ethnographic collection which consists of more than 7 thousand works from 1500 to our times. The permanent exhibition is divided to seven special halls: naturalistic hall in which there are exhibits of animal, vegetable origin and from the world of minerals which were used by a human for creation of art. Hall of palaeontology and ethnography where there is a collection of the Museum of Natural History founded in 1858 which includes findings of investigative groups of some religious orders. Colonial period hall where there is a collection of “colonial captures” such as weapons, horning of animals and war items of some African tribes. Eastern hall where you can find incredible pieces of Japanese and Chinese art: kimono, textiles such as golden silk, theatrical masks, calligraphy sets, painted porcelain and a lot more which won`t leave untouched devotees of Eastern culture. Hall dedicated to 1908 world’s fair. At that time growing interest of the Western world in the Eastern world caused increase of production of Japanese and Chinese manufacturers for the Western market. Hall where there is a video about warfare in Milan in 1943. Here you will find a part of exhibits of the Museum of Sforza castle which were managed to save after bombings. Hall where there are exhibits from private collections of post-war period including textiles of pre-Columbian period, pieces of African art and Picasso’s paintings. The museum is located in Tortona, a district of young designers just near the Navigli, a night amusement place for young Milanites. After 6 p. m. young people all over the city flow together there in order to meet friends at short drinks, listen to music or just embrace the atmosphere of the night city. 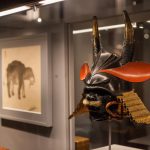 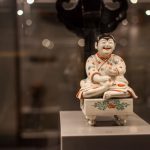 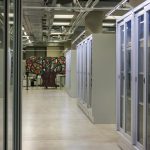 Another picture gallery of Milan named after Saint Ambrose, the patron saint of the city collected awesome works of European masters from the XIV to XX century. Rembrandt, Botticelli, Titian are only some of the famous artists whose masterpieces you can see when walking through the halls of the museum. Here you will see famous painting “Basket of Fruit” of Caravaggio laid the foundation for a well-known genre of painting – still life. In this building also the Biblioteca Ambrosiana (the library) is located where there is a collection of pictures and drawings of Leonardo da Vinci together with antique folios. 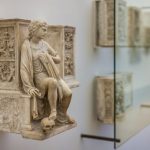 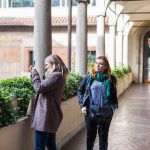 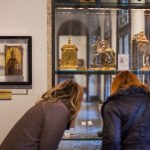