Ventotene, the sea, the histories and the History

Why do we travel? Just to swim in some clear water? Not at all, you need some other reasons to practice the hard job of the tourist. The world is literally full of amazing places, landscapes and nature environments, but only few places have a peculiar charm. The place is full of those events’ aura, the history leaves evidences, objects, monuments, more than a generic reference to the energy of a place – that exists for those who believe in it, btw -. Ventotene is a place like that. 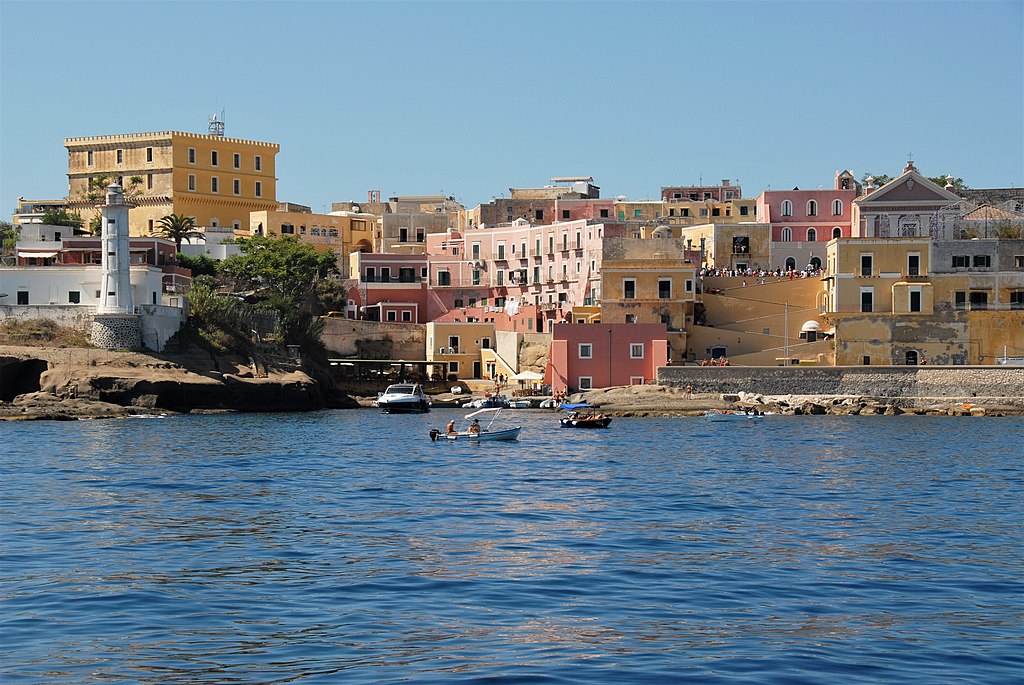 Ventotene is a melting-pot-island: geographically it belong to the Pontine archipelago and region Lazio, but geologically it belongs to the Flegree Islands and region Campania. Reason why the people feel like they are from Campania and speak a dialect close to Neapolitan. It is a small island, of just 2 sq km of surface, 140 mt high and less than 800 inhabitants… but it has been the scene of extraordinary events and unique people.

The story of Giulia Maggiore

Giulia Maggiore was born in the year 39 b.C and died in 14 a.D. She was the only biological daughter of Emperor Augusto and his second wife Scribonia. By that time Augusto was not Emperor yet, and committed to gain a career. The very day Giulia was born, he divorced Scribonia to marry Livia, who belonged to a powerful family of senators. He loved Giulia in his own way, so much he used to say that he had two daughters: the Roman Republic and Giulia… It is a shame that he betrayed both of them! 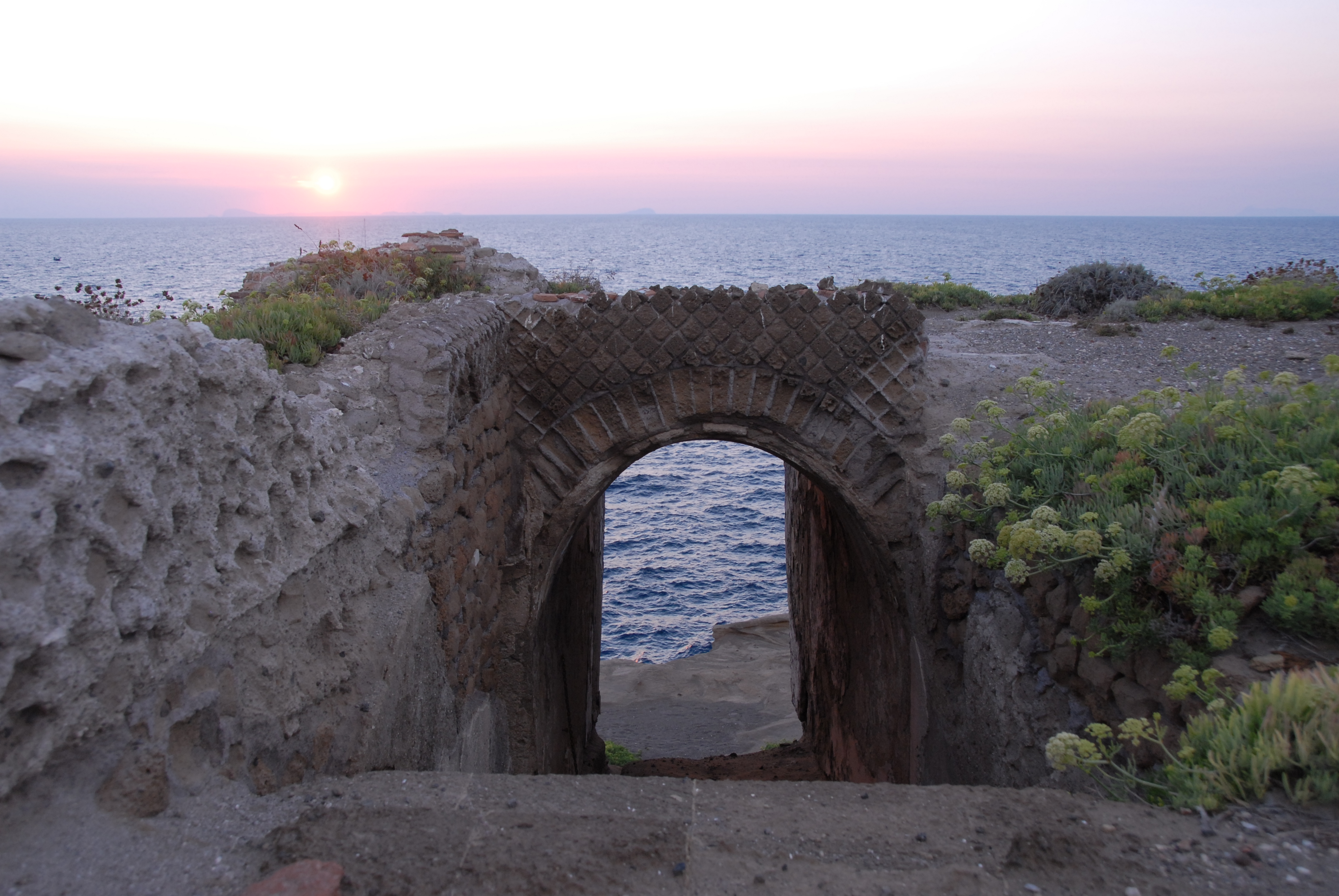 Giulia grew up clever and beautiful, they say. Livia hated her, mainly because she wanted her son Tiberio to become the next Emperor. Augusto refused Livia’s idea to get them married together, because Giulia was already promised to another man: he forced her to marry his old friend (of the same age!) Agrippa. When Agrippa died, Livia finally succeeded in making Giulia and Tiberio marry. Rumors told that Livia was involved in Agrippa’s death and that Giulia did not cared, because she had always had many other lovers.

Anyway, when Giulia started an affair with Marcantonio’s son, she was charged of plotting against the Emperor, insulted and arrested for outrageous behavior. She faced the death penalty, but Augusto – moved to pity – made up the so called Lex Julia toggling the capital punishment into a perpetual exile and damnatio memoriae (i.e. pretending that she was never born). Ventotene was her place of exile, and here we are. But where, exactly?

Some years b.C, Augusto decided to build a villa for his otium on Ventotene island (i.e. for the Romans, otium ment holiday, leisure and welfare). By that time the island was called Pandataria and it was wild, full of woods and almost uninhabited. It was completely adapted to the needs of a community of slaves, sailors, soldiers that should have grow, protect and run the famous Villa.

The Roman Villa of Ventotene – known as Villa Giulia – is not a villa as we figure out today: it occupied the whole island, that was modified, adapted and transformed on the needing. First, the Romans dug the famous harbor, all in tuff. They dug some fishing grounds and some tanks for the water (that could keep to 1200 sq mt of water, kept potable by the eels eating the micro-organisms). Then, the Romans were able to grant to the island a self-sufficiency status, in harmony with nature. We can still learn! 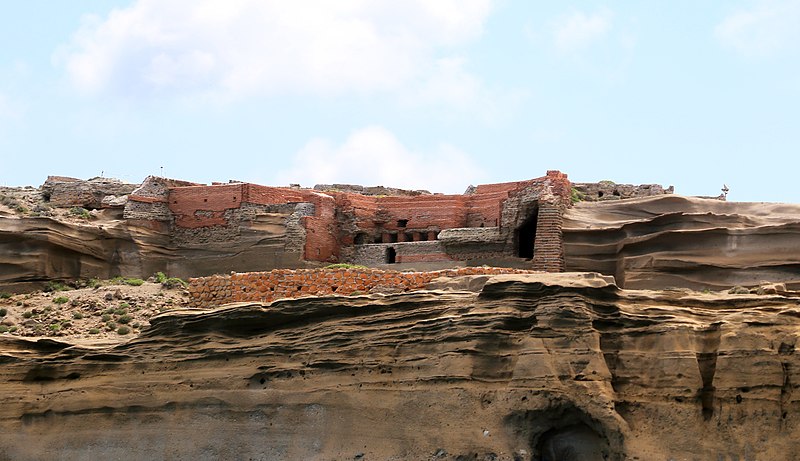 Let’s take a walk from the centre to the higher part of Ventotene island. It is a nice guided tour, uphill but viable, till Punta Eolo. Eolo was the Roman god of the winds, and this cliff is really exposed to the wind in fact. The view is amazing, it is the higher part of the island and also the safer: from here, you could easily spot unwanted visitors coming.

What about the villa, today?

Now you can see the foundations of the buildings once destined to the services, and above all the remains of the SPA, with the calidatium, the tepidarium and the frigidarium. The guide explained the rational and genial working of the water pipelines to warm the water and the rooms. There’s much we can infer in here: mainly, the process of glory, decadence and degradation of the Villa.

Speaking of the original walls built by the Imperial builders, the remains show they were built through a “cross-linked work” with some diamond shape bricks fastened together and covered by layers of plaster. This masonry tightens on itself in case of earthquake, it is basically anti-seismic! The floors and some walls are in “coccio pesto” (.ie. beaten shard), a mixture obtained by pieces of different shards. A Phoenician invention, improved by the Romans. Made with recovered materials, it is totally impermeable and stands for centuries. 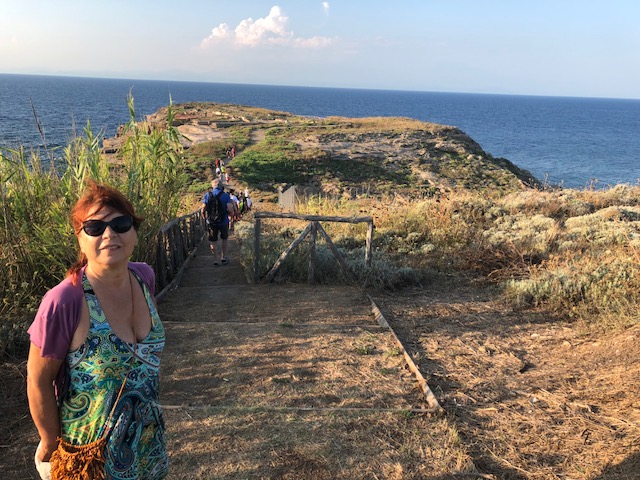 Syusy Blady in front of the ruins, Ventotene, Villa Giulia

Augusto built the Villa in 2 a.C. and didn’t have much from it, because it was turned into a place of exile for women (aka, a jail) almost immediately. The great calidarium, meant to welcome dozen of people of the Emperor court, never came to work, because Giulia and her small following were forbidden to enjoy. She could at best indulge some small spas only for physiological use. Then Giulia was taken somewhere else, she died in exile, desperate, discovering that all her sons had been slaughtered by Livia and Tiberio. Villa Giulia in Ventotene remained a Roman women jail later on. Many women were imprisoned in here, suffering a terrible fate. Such a wonderful place turned into a hell, what a shame!

What’s happened next? In 200 a.D the Villa was abandoned by the aristocracy – who probably considered it a bad luck place – and it was occupied for almost other 200 years by the slaves left in here. We can recognize multiple urbanization abuses to create rooms and corridors out of the fancy places of the original Villa. Everything was ruined.

By the beginning of Middle-Age the island was abandoned at the mercy of pirates passing by. The remains of the Villa were still there – the statues, the fountains, the columns. Until a Bourbon decided to gift all of them to England, to strengthen their alliance against France. The whole thing was taken to London, all the precious historic and monumental remains. That’s sad. There’s not much left of Villa Giulia in Ventotene, then. But no-one could stole to this beautiful island its landscape and its nature!