On Friday morning we woke early to head off towards our first destination, Val di Gresta, an area towards the east of Trento. Arriving in the small town of Santa Barbara, we were met by a number of local officials, all eager to show off their territory. After a quick breakfast and chat with the locals, we drove to Monte Creiro, which we would hike up. The walk up the mountain was spectacular. As we gradually climbed the soft slopes, the morning mist burnt off to reveal an impressive panorama of the surrounding landscape. On either side of the walking path (which can also be used for those who want to cycle) there were fields of various crops. One of our guides and president of the Fruit and Vegetable Consortium of the Val di Gresta, Wanda Rosè, informed us that the vast majority of crops grown in this area is entirely organic. 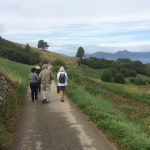 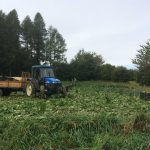 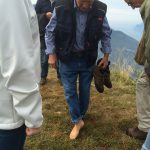 In one of these fields towards the top of the mountain there a solitary man scrabbling around, bare-footed. It turned out that this man was something of a local legend, a true ‘contadino’ who refused to wear shoes almost all of the time. When we asked why he didn’t wear shoes, he replied that he didn’t want to break the connection between the sky and the earth, as it’s fundamental for nature to flourish. He then proceeded to hop over the security fence bordering the edge of the mountain top and light up a cigarette whilst balancing on a rocky outcrop, centimeters away from a sheer drop. Catching our breath at the summit, we also met local historian Alessio Less. He explained to us the importance of this area as a frontier between the Austro-Hungarian and Italian armies in the First World War, and then led us to see some existing trenches of the former; the walls of the trenches, made out of rocks, are remarkably well-preserved, as are the shelters built into the mountain-side from which you can gain a unique perspective of the valleys below. 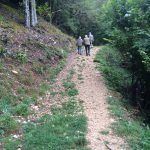 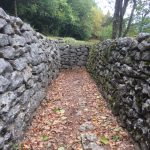 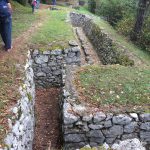 As interesting as this was, I was beginning to get hungry by this point, and was glad to hear that we had a ‘pre-lunch appertivo’ on the cards. After a short drive back in the minibus, therefore, we arrived at a restaurant high in the mountains, again with fantastic views. Perhaps even better, however, was the long table piled high with platters of local meats and cheeses, and many bottles of spumante from local makers ‘Cantina mori colli zugna’. I was satisfied. This gorging was followed by a lunch in another nearby restaurant, which, amongst many things, served us various types of delicately-tasting lake fish. In the afternoon we visited a family-run working dairy, Malga Mortigola, near the small town of San Giacomo. We were shown the process of making cheese, from milking the cows to churning, before tasting the final products (ricotta, yoghurt, and ice cream to name but a few). This focus on local products continued on into the afternoon as we also visited the greenhouses of Paolo Passerini, of Vivai Passerini. Inside Paulo cultivates ‘ancient’ fruit and vegetables such as quinces, medlars, and blackcurrants, and uses them to make a variety of jams and syrups. One of the best products there, however, was a sweet mustard made with rhubarb, which goes well with a pecorino cheese. 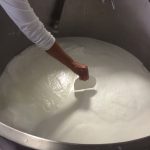 The making of cheese 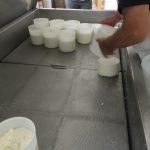 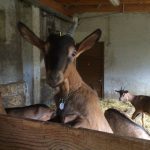 In the evening we returned to Rovereto, where we would witness the famous 100 nightly tolls of the Capana dei Caduti. Cast from cannons of the First World War, the bell is the world’s largest and rings every evening to commemorate those fallen during war and to celebrate peace. The sound from the bell was immense, almost booming out into the surrounding valleys, and mist dripped off its surface as it slowly swung its huge mass from side to side. It was difficult not to feel somehow moved as crowds of people stood silent, bracing themselves against the thunderous tolls of the bell. 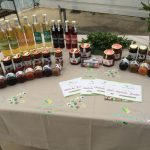 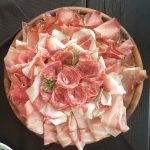 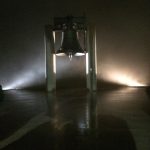 For international and transcontinental flights the nearest airport is Verona Airport. From the airport first you have to reach the city centre by bus (rides every 20 minutes, 6€, it takes 15 minutes), then Trenitalia gives you different choises to get to Trento for less than 10€. Otherwise you can choose the Flixbus to Trento, tickets 5€, timing about an hour.

The best way to visit Trento is on foot, but if you prefer you can get the bus. A single ticket costs 1,2€ and it lasts 70 minutes.

Trento is the capital city of Trentino Alto-Adige region, Northern Italy. The most famous monument is the Buonconsiglio castle. Trento is very famous for its charming Christmas markets and if you like skiing the perfect place is Bondone Mountain at just 15 km from the centre of the city. All year round, don’t miss the Science Museum MUSE, especially if you are travelling with children. Another nice place to visit nearby is Rovereto, with a beautiful modern art Museum, the “MArt”.

Accomodation in Trento could be very expensive, especially during Christmas time (high season here!), better to book in advance!