Cycling in Sicily: cured by art and nature

Let me speak honestly. While travelling in Italy, one is looking mostly for classical outlines of ancient ruines, for severe and authentic shapes of medieval “borghi”, for simplicity and lively look of Renaissance buildings… At least, this is my case. I used to wonder at those, who expressed their admiration of later styles, which I called indulgently and without distinction “baroque”, whatever their real name was. Hey, isn’t it enough of all these exaggerated flourishing “beauty” in our own cities? I mean, if you are European… Sorry, if not. In my hometown St. Petersburg, I almost could not stand the thrilling abundance of decorative forms, which don’t play any sensitive role in architecture and only deceive your eye and draw your attention away from the distortion of proportions. My Italy is at minimum “baroque”, and Bernini, in my humble opinion, has little to do with art, however much he and other talented “decorators” of grand caliber have done to present Rome in all its papal and capital splendor… And vanity, I would say. 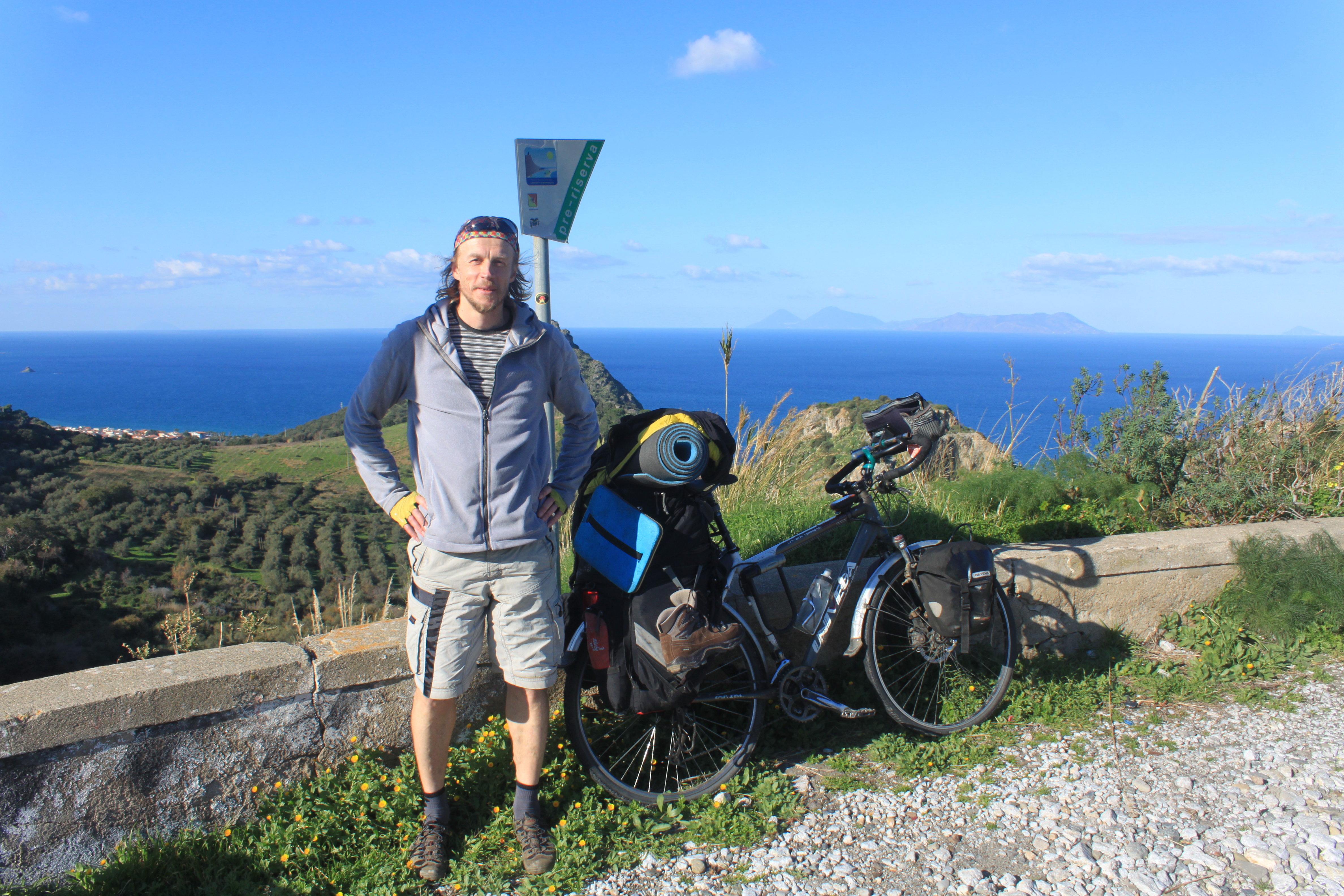 Alexander on the road

But recently I have changed my mind. I was cycling in Sicily this winter, when this sudden revolt happened. My friend and me were approaching the famous UNESCO world’s heritage site, so called “the valley of Noto”, notorious namely for its late baroque cities, and nothing seemed to prevent me from the new portion of bore and aversion… I had read previously, that the ample region to the south-east of Etna was destructed completely, as a result of a great earthquake, at the end of 1690’s, and rebuilt during the next century. O’key. But it had never came to my mind what to reconstruct a whole city was, or even a series of human settlements, before I entered the valley of Noto. Imagine, during one night people lost everything they had, many of them never to meet their close relatives, their parents and children, their beloved and dear… And if you think, you could keep calm and restore your own dwelling and make your surroundings look as they did before the catastrophe, you have a heart of stone. The street is the same, of course, but there is no one to whom you can say “good morning” as usual… It’s terrible. 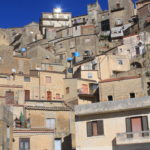 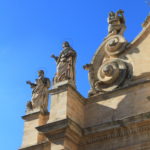 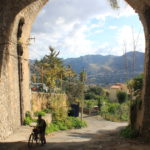 The solution might be found in a way different from the exact restoration of medieval past. Well, that was an hour of triumph of a new grand style, baroque, and the reconstructed cities naturally got their present appearance from the sketches and plans of its adherents. Looking at the straight perspectives and right geometry of the splendid, magnificent, gorgeous quarters of Noto, Modica and Ragusa, almost unbelievable in this rocky relief, I could not help thinking of my own St. Petersburg. Good gracious, this is the very feeling I have, when I stay on the granite embankment of Neva river and wonder over and again, what a curious idea it was to turn boggy marshlands into a regular city and fill it up with unnumerable masterpieces of fine arts! Peter I, of course, tried to recrute the best architects and designers of that time for his main enterprise, a new Russian capital, a city, which simply could not, according to the common sense, exist. But it had to. And the best artists and builders were always Italian. That’s why, I thought, I paradoxically feel myself at home here, in south-eastern Sicily, in the middle of the very similar architectural milieu… And that’s how I will cope from now on with my usual disgust for “baroque”. This plenty of decorative styles was invented and adorned by the nation, depressed with the greatest disasters in history. And Italians certainly knew how to overcome their grief. These men and women, always full of joie de vivre, enjoyed their lives since antiquity to the modern times, and taught the rest of Europe to do the same. As my compatriot Dostoevsky said, only the beauty will save the world. So, smile and take it without any prejudice! Viva barocco! Viva Italia! 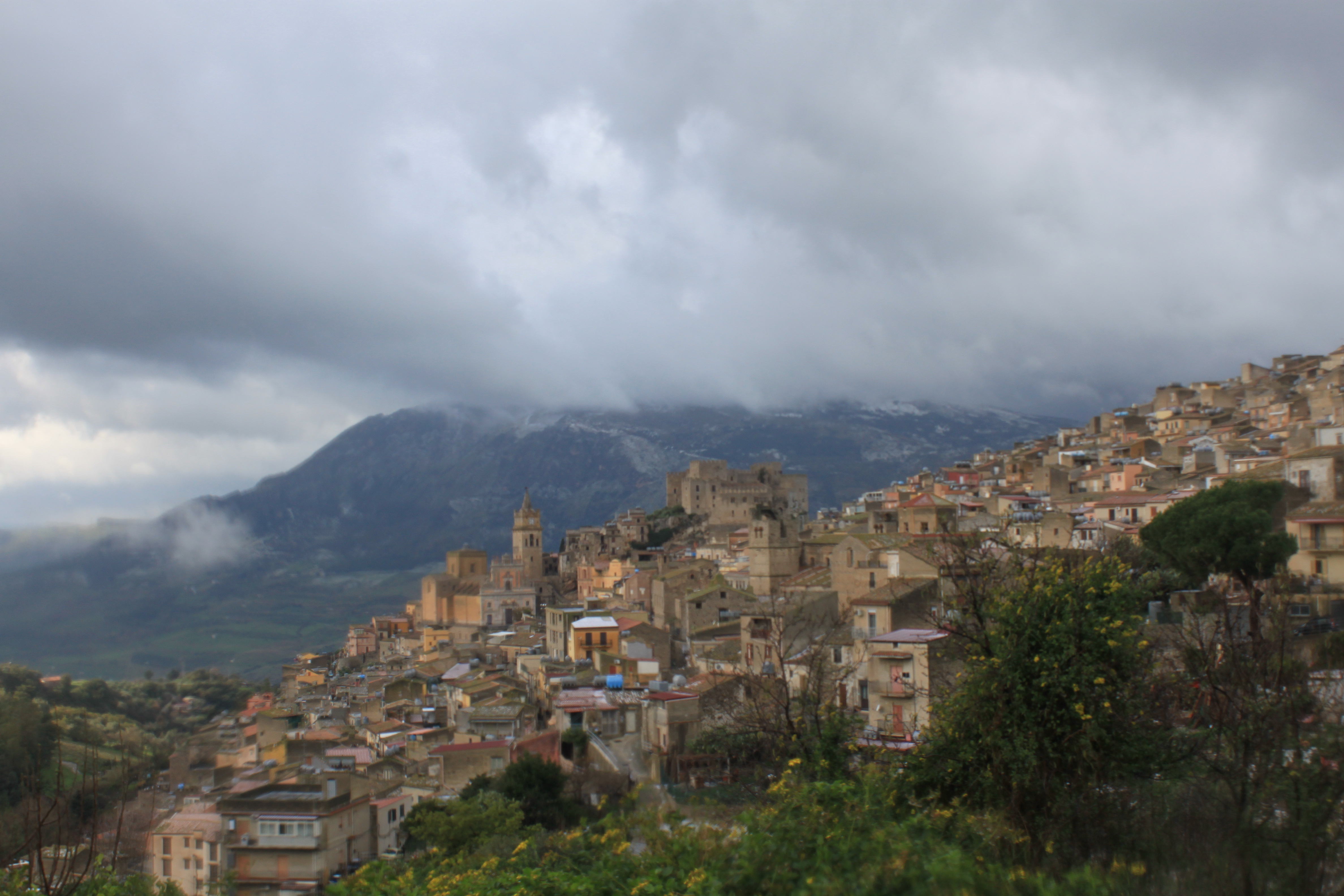 Besides probable aesthetic revelations, cycling in Sicily with low speed is advantageous in many ways. It can lift your spirit to the level of heaven, using simple and healthy remedies. Should I mention elegant cliffs rised above Homeros’ “wine-cloured” see? Or the great Sicilian wine itself, sweet or dry, rising you over the highest peaks? Or beautiful deserted landscapes far in the mountains? Or delicate and invariably “bicycle-friendly” local drivers? Or delicious see-food and “formaggio” (cheese) of every taste at every spot… All these benefits are well-known. But underestimated, to my mind, by cyclists. We have made all the way down from Palermo to Agrigento, via Cefalù, Messina, Taormina, Catania, Siracusa, Avola and Gela, twice ascending to the highlands (first to the city of Corleone, the legendary mafia’s nest, and then to ancient Enna (Henna, immortalized by Cicero), and, except the great number of Italian sportsmen, traditionally engaged in cycle racing here, we met only two or three couples of tourists on two wheels… It is sad and wrong. Let’s cycle Sicily any time of the year and share our impressions, both cultural and natural!