Verona, the city of love

No matter what, Verona is first of all the city of Romeo and Juliet!

Northeast / Veneto
Leave a Comment
Follow a tourist in Verona (no matter if Italian, Japanese or Russian) and notice where does he go first:  for sure he will guide you to Juliet’s House. There are many important monuments in Verona, but the most visited is the less historical one: an house said to be the one of Juliet, from Romeo & Juliet. I mean, the house is authentic, built in the 13th-14th century and restored in the ’30s. It is even a fascinating building, except for the famous balcony, that looks like some kind of sarcophagus hung on a window. But the question is: is this the authentic Juliet’s house? The story about the tragic and controversial love between Romeo and Juliet dates back to the Greek literature, later it had been developed by Matteo Baldello in the 16th century and in the end it has been consecrated to worldwide literature by William Shakespeare.
Accept Google cookie.
Please allow cookies for view the video by clicking Accept on the banner.
From then on, Verona is nothing but the city of love. Even if the historical background is not so sure, the phenomenon is indeed well established: every day thousands of people look for the house, take a lucky picture while touching Juliet statue’s breast and visit the inside, with some forniture and the stage costumes used in Zeffirelli’s movie of 1968. 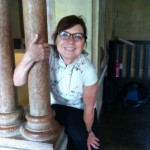 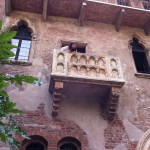 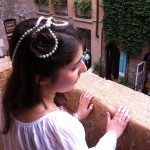 The most interesting thing is that everyday people from all over the world send letters to Juliet talking with her about their love stories. Giulio Tamassia is the president of Juliet Club, where a group of girls reply to all these letters on behalf of Juliet! The result is a correspondence network that deals about love in all the worldwide languages. It is unbelievable how the imaginary and virtual character of Juliet can still touch off real feelings and relationship. A personified legend.
Accept Google cookie.
Please allow cookies for view the video by clicking Accept on the banner.