At Olbia airport I found a great surprise: among all the classic souvenirs, I found some little statues – copied from the ancient ones – of the Mother Goddess, whose cult was strong in the Neolithic past of Sardinia region! That is very clear in Laconi, where you find many Domus de Janas (i.e. “House of the Fairies”, in Sardinian). Charnel houses carved in the rock dating back 4/5.000 b.C. (similar examples still exist in Tibet or Anatolia). There are strong connections with Anatolia area confirmed by the DNA analysis of Sardinia people, and near Izmir exists an ancient place called Sardes. 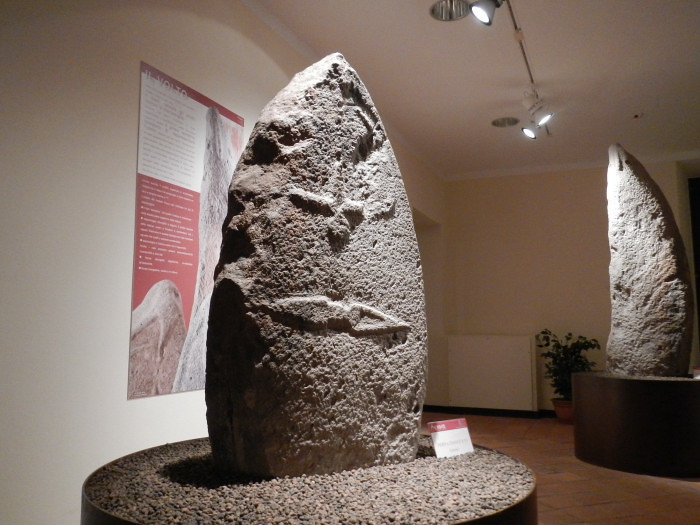 Visiting those Sardinian places – in addition to the beauty of the land and its historical relevance – makes you realize that here lived some kind of close community, an egalitarian society: the neolithic society devoted to the Mother Goddess cult. Those shared graves show that there were no separate graves for the kings or for any kind of superior clique. Mostly there were no traces of conflicts nor weapons: those people were not used to make war, so that they were way long more civilized than us…

Laconi and the menhir

In Laconi you can’t miss the Menhir of Corru Tundu Mount of Villa Sant’Antonio. In the middle of the country stands out a Menhir that seems the Obelix one! Pretending to be put there randomly in a good position: actually someone discovered that it marks the 40th parallel! Looks like a phallic symbol… One wonders how the Menhir could be part of an age so characterized from the feminine… Visit the Laconi Museum, that keeps all the Menhir and the graves found in the area (a hundred or a thousand), and you discover that the Menhir have a feminine shape on which were carved – maybe later – the large knives that characterize the Copper Age.

They marked a major cultural change, introducing knives, swords, arches, arrows… Once – like in fairytale – you’d become king marrying the actual king’s daughter… Then everything changed and those people started fighting, defending and conquering, up to the so called Bronzetti (i.e. “Bronze People”) whose statues remained as a donation, now kept in the Archaeological Museum of Cagliari. That’s about the “Nuragic little bronze statue”, beautiful and mysterious. A friend of mine – Angela De Montis – studied and rebuilt it in its actual size… Then she got to design a whole Nuragic “fashion collection”! At the Museum of Cagliari, is there also the so called Nora Rock, where is mentioned the word “Srdn” for the first time, sounds like a recognition code of Sardes… – one of the most important Sea Peoples (known as Shardana, as the historian Leonardo Melis told me) that ended up fighting against the Ancient Egyptians -. 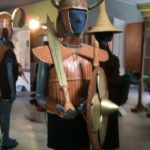 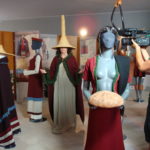 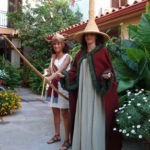 How did this great civilization end? Who defeated them? Why the Sardinian People preferred turning into farmers on the mountains, instead of seamen across the sea? The journalist Sergio Frau explained me that the big Nuragic complex of Barumini – as well as many other sites in Campidano area – were drowned under 30 mt of mud by a huge wave… A real tsunami, defined by the ancient as “The Poseidon’s slap”. Same fate of Atlas… wait, what?! What if Sardinia was Atlas? “We can define it the Atlas Earth” – Frau answered, mentioning Plato. But Atlas wasn’t supposed to be in the Atlantic Ocean, beyond the Pillars of Hercules? What if the Ocean was actually the western Mediterranean and that the Pillars of Hercules were actually located between Sicily and Tunisia?! That’s thrilling! 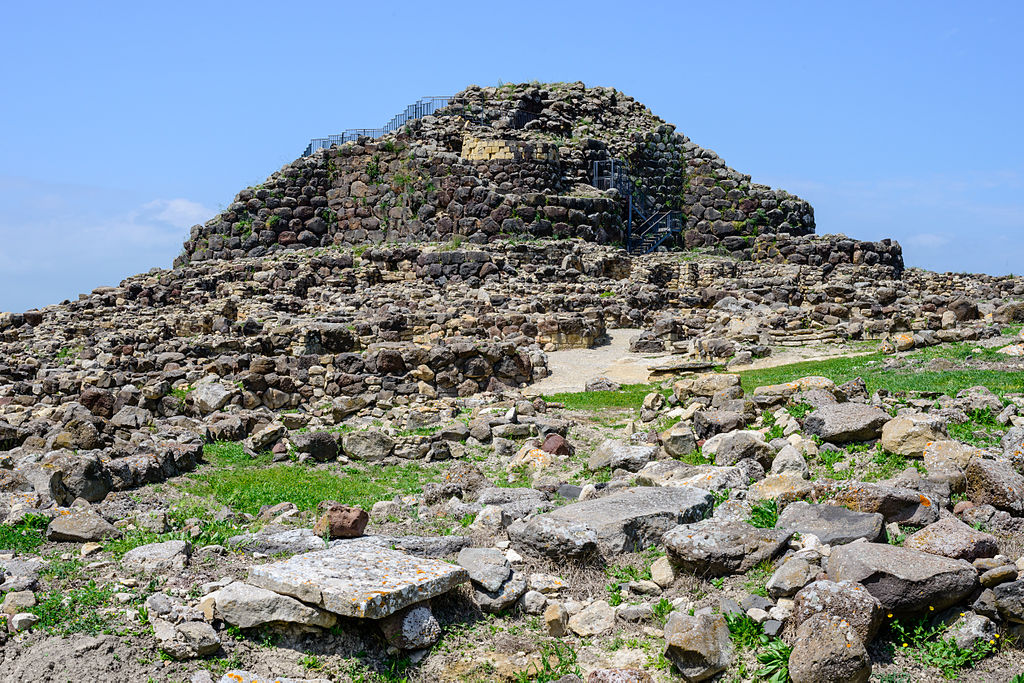 I’ve always thought it: Sardinia means Nuraghe. But what were they for? And why is it a land full of thousands of these “towers”? Someone says that they were needed for defense, but they were not ideal as fortress. The archeo-astronomer Mauro Zedda and the architect Franco Leaner took me to the Nauraghe Losa to make me realize how much the Nauraghe are actually some kind of “astronomy machine”, used to mark and organize the Time. The Nauraghe Losa has got a triangular shape and it’s perfectly oriented towards the Solstices: inside it, one can admire the rock rings one in front of the other, till a little rock that covers the vault. Removing this rock, you are suddenly straight to the axis mundi that connects the Sky and the Earth, like it happens inside the Pantheon!