Discover Chieri: history and the city

Small town near Turin, that back in the days used to be more prosperous than it!

After leaving the amazing Torinese hills, we headed towards Chieri, a small town about 11 km away from the buzz of the city of Turin. I found out that Chieri, back in the days used to be a richer and more prosperous city than Turin and I started to wonder how and why.

After a short walk along a narrow street we arrived in Piazza Cavour, a beautiful square with an imposing church of peculiar bright colors: Church of St Bernardino and Rocco. The facade is neoclassical and on top, covered by a beautiful cupola. I later found out that the colors were restored not long ago and they are the original ones, despite their particular aspect (even the Chieresi were a bit taken aback the first time they faced this change, but then they got used to seing pink and yellow everyday on their stroll downtown).

Chieri dates back to pre Roman times and it is thought to be founded by Liguria people, its name coming from Carreum – meaning stone which was the basis of Ligurian settlements -. It was a prosperous city, made of “bankers” as they were intended at that time: rich people (merchants) who lended money in exchange of interests (even abroad). It had over a 100 towers which surely reflected its richness. In Medieval times, the more towers a city had, the richer they were. Moreover it was famous in all Europe thanks to the production of different types of fabric, especially a blue colored one (fustian). In High Middle Ages Barbarossa invaded the city and is held responbile for the destruction of all the towers in the city. Today therefore, there is only one left out of the one hundred back then. But some say this is maybe not true, since the structure of the towers in those times were not the most solid and with the new destruction weapons, they risked on falling down and destroying the whole city since there were so many. That is why some people think the disappearance of the towers might have been intentional.

There are many churches in the city (fact that again testifies its richness), but by far the most important both due to its majestic presence and historical importance – no to mention artistic heritage – is the Dome of Chieri. The facade is made of stone – which was very expensice back then – and it is an example of gothic architecture. We stepped inside both because we were all curious to see its splendour after our tour guide introduced us its history and because of the hot summer day we were facing. It is always refreshing when you step inside a church isn’t it? 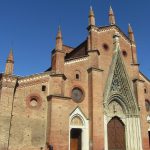 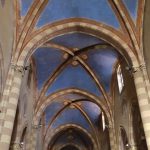 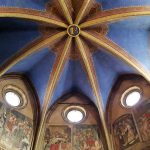 I was taken aback by its beauty and its variety of styles and art. We found out that it was built in very short time seen its dimensions and detail, by the will of Amedeo the 8th of Savoia in the 1400’s. It has been a forever changing canvas, because renovated and worked on until the 1800’s. Moreover, one can find contemporary additions of local artists. It is a real excursus of both pure history and history of Art. We continued our walk uphill and I kind of knew what to expect: a breathtaking view of the city. We found another church of a peculiar shape and facade at our back and in front a beautiful panoramic view of the whole city! 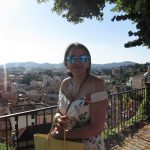 Dawn (with a view) 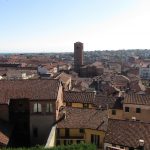 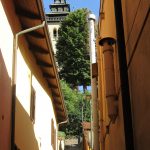 We had to stop in the shade on ancient trees both to catch our breath but most importantly to have a moment of peace and quiet and of pure delight. Downhill we found ourselves on other tiny narrow streets and ended up in the same place where we started, in front of our last element that had actually caught my eye right away due to its imposing beauty: a Porta, a gate to the city (Arco trionfale), that had been built in honour of Carlo Emanuele the first of Savoia for the birth of his first child with Caterina D’Asburgo. 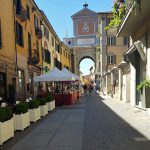 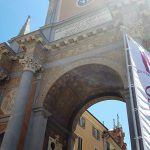 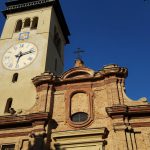 Throughout our stroll downtown, we encountered lost of happy welcoming faces and super kind locals. In two days there, we started seing familiar faces and stopped talking to elder ladies and gents to find more about Chieri nowadays. I was surprised to find out how multicultural it is, that is has many sister cities and that is still so rich and well off, culturally and economically.