Brisighella and the “Donkeys’ Alley”

Go strolling along this unique walkway

Brisighella is a typical Italian borgo near Ravenna (the Italian city of byzantine mosaics). This place has deep roots in farming, so that its main highlight is a unique walkway called “Via degli asini” (i.e. The Donkeys’ Alley). Some kind of street, perched high above the ground level, where merchants used to ride donkey to carry their goods.

Built by the end of 300 d.C., at first it was a defensive alley to check the enemies’ movements. Then it become a protected and covered street for trades. Strolling along the way, you can still notice the ancient stables for the donkeys. But nowadays it is a very nice trekking trails to get a great point of view on the whole borgo. 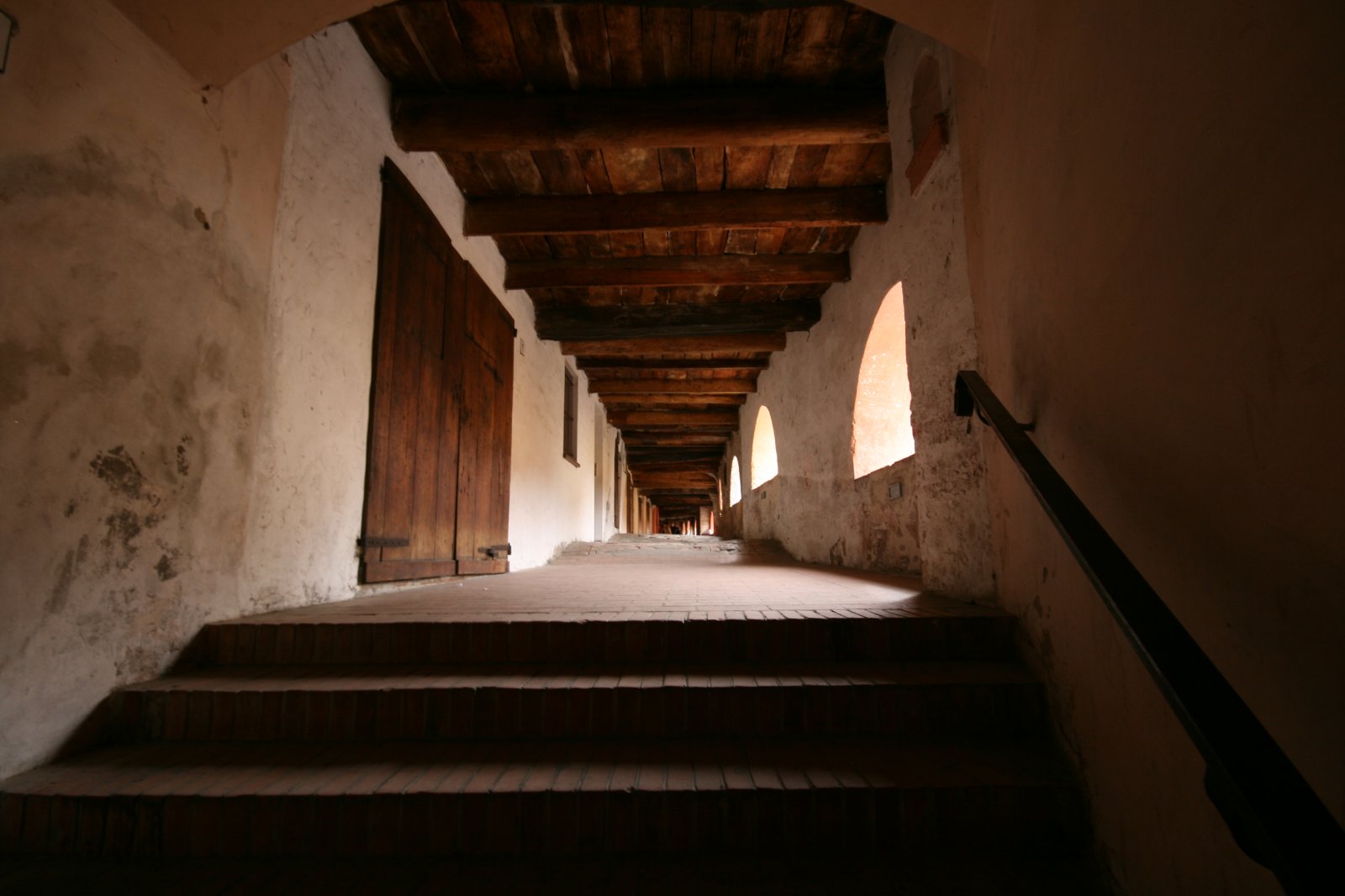 This building represents what were once the outer walls of the city of Brisighella.
Located on the ground floor, beneath the cellars, is where the carts were kept.
Above, those half moon openings, that sort of portico is the Via degli Asini or Donkeys’ Street.
You get up there from here.
Our Slow Tour in Romagna begins in Brisighella…
… a city near to Faenza, between the Lamone river and the Apennines.
The name originates possible from the Latin – brassica – meaning cabbage.
Or from the word, brisca, that comes from the local dialect of Romagna, meaning hive.
Or perhaps from briciola, that’s to say the place with small plots of farmed land.
The fact is that Brisighella is a place that’s always been suited to agriculture.
It’s no accident therefore that its most famous thing is the Donkeys’ Street.
Look, here’s a section of the Donkeys’ Street, a really very distinctive type of place.
The is the street level and these were the city’s outer walls.
The mountain is here.
Street level is naturally where the carts were kept, workshops.
Under the cellars.
On the first floor is the Donkeys’ Street.
An actual covered street where there were stables for donkeys with dwellings above.
They were built in around 1300.
But at the end of the 1400s there was a famous battle here.
The Brisighelli, the soldiers of fortune, stopped the Duke of Montefeltro from conquering Brisighella.
It’s beautiful, they would pass along here with donkeys, these were the stables.
It was basically a walkway, an actual road that was covered and protected.
From here we can see two of Brisighella’s three hills.
One is the Sanctuary, the other is the Watchtower, restructured in the 19th century.
Then the Great Tower, an ancient medieval fortress, rebuilt during the Renaissance.
Here is the famous chalk, the vein of chalks.
The mountain is made of chalk that accumulates the heat and gradually releases it.
That’s why there is a particular microclimate in the valley.
Three degrees higher than the surrounding areas.