Holy and wild Abruzzo on the sheep routes

Down the valley of the river Tirino till Rocca Calascio, Lady Hawke’s Castle

The Tirino is a river in the region Abruzzo. You know, in Italian the word tirino is a short for “little kiss” and just like it, this river is small (less than 30 km long), gentle and pure: its green and light-blue waters are incredibly clean and clear. Located just below the Gran Sasso Peak, inside the great Gran Sasso & Monti della Laga National Park. I am not such a sportive guy, but I tried some rafting along the river and found myself amused and chilled.

The plant life all around here is gorgeous, both swamped and emerged, making the neat water even greener. On the river white willow trees, black poplars, marshland herbs. The wildlife is also various: the mild temperatures of the water fit perfect for crayfishes and trouts, while on the banks of the river live many wild animals – see: coots, little grebes, canvasbacks, rose crested grebes, widgeons, grey herons -. I didn’t spot any, too focused on paddling! But I spotted the old Abbey of San Pietro ad Oratorium, built by the Lombards between 7-800 b.C. and almost destroyed during centuries by the river in flood. The church is precious, in Romanesque style, with simple lines suiting perfect with the nature around. Here you can spot an inscription nailed upside-down on the front door with 5 words: rotas opera tenet arepo sator. You can read those words both from left to right and back, from up to down and back. Rearranging the letters it comes out the word Pater Noster, but the real clue is another: this sign has been found all over Europe, embedded on the sides of ancient temples and churches… the word “Tenet” makes a cross in the middle, the only one that never changes despite the reading side. The word “Sator” means creator or sower (aka farmer) in Latin; the word “Arepo” seems to come from the celtic word àrepos, i.e. wagon/plough; “Tenet” means it contains or it leads in Latin; “Opera” means every work of creation; “Rotas” is wheel in Latin or human actions.

The whole meaning sounds like: «The creator of the earth leads the celestial wheels», or «The sower on his wagon makes the wheels work and creates operas»… In both cases is something like done to perfection. One of these inscriptions – called Sator – has been found also in Pompeii, but it is usually near holy structures dealing with the Templar Order. The Sator can have also an alchemic meaning, connected to the golden ratio, expression of universal harmony. Still a mystery.

This area of Abruzzo region is full of historical villages and castles to visit: Piccolomini Castle at Capestrano, the Castello Mediceo in Bussi sul Tirino, the archaeological site of Capestrano and the Madonna di Cartignano church. The river makes the land around lush and the weather peculiar, ideal for vineyards. You may know the famous local wine Montepulciano d’Abruzzo. The first inhabitants date back to the stone age – almost 800.000 years ago! – but the valley grew during the Roman Empire, thanks to a road connecting Rome to the Adriatic Sea all along the river path, a sheep track where the flocks went from the Gran Sasso highlands to Apulia valley. Everything developed all along the river: arts and crafts – i.e. fishing baskets and pottery – breeding, fishing. There was also a floating market where the shepherds used to stop and trade their products with other goods while marching towards Apulia. Nowadays local tourism catches up on the past rediscovering some panoramic trek trails in these sheep routes. 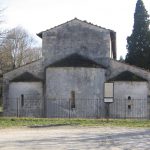 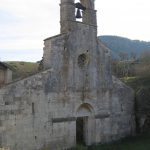 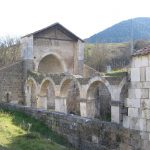 All this area is full of touristic options and trails with many castles, abbeys and stories. The most famous spot is the so called Rocca Calascio, in the list of the 15 most beautiful castles in the world according to National Geographic. It is the highest castle in Abruzzo, 1.450 mt high, visible from far away. The name means it lays on the side of a mountain (Calascio comes from cala, mountain slope in Italian). Rocca Calascio has been chosen many times as a movie location, so that is very popular: you may remember it in Lady Hawke with Michelle Pfeiffer (1985) or in The Name of the Rose with Sir Sean Connery (1986). Just 8 km Southern, the wide Navelli lowland, the land of saffron. The saffron from Navelli is a very high quality product, famous all over the world since 1200 and traded in France, Austria and Germany since then! The local King Roberto d’Angiò during his time – 1300, more or less – put some big taxes on the saffron trade and earned enough to build the new hospital and the St Bernardino Church. The city of L’Aquila was literally built on the saffron!

Why is this saffron the finest? Thanks to the perfect soil and weather, indeed. The saffron is an ancient fine spice coming from Asia Minor, grown mostly on the island of Crete. The Egyptians and the Greeks considered it sacred, while the Romans used it as a precious dye for make-up or fabric painting. The saffron disappeared in Italy together with the fall of the Roman Empire, reintroduced by the Spanish Arabs who named it saffron finally. Safran comes from Saf, light in Persian language, for the bright color. After 1200, Italy became the first producer of this precious golden spice, used to paint both the clothes and the Saints’ icons, as a home perfume and, of course, in cooking. Saffron was popular because yellow is the color of health and it was also considered an aphrodisiac food. Since then, there are many other related stories: in 1444 they say there was a German trader who tried to mix the Navelli’s saffron with some other cheaper types, apparently he was caught and he burnt alive togheter with his fake product for the shame. In 1500 many German noble families came to live nearby to grow and trade the saffron – i.e. the Families Tuder, Immoff, Wachter and Munzer -. Thanks to this prosperity, both a typography and the University born and raised. In just 450 hectares here were produced up to 45 quintals of saffron at half 1800! After a time of crisis during the whole 1900, nowadays the locals are pushing a lot to develop this precious activity again, esepcially through the cooperative work associations. A lesson from the past to the future!