San Gimignano, the town of towers

That’s the Tuscany you are looking for

San Gimignano is one of the most beautiful towns of Tuscany, and Italy, famous all over the world for its splendid towers, and located on a hill (324 m) that overlooks Val d’Elsa. Originally San Gimignano was Etruscan and then it was named after the Bishop of Modena Gimignano, who died in 387. In the 12th century it became a district and was often involved in wars with the nearby cities and in the dispute between two powerful families: the Guelph Ardinghelli and the Ghibelline Salvucci. Thanks to the development of the agricultural market San Gimignano grew wealthy and prosperous. A lot of magnificent buildings, towers and tower-houses were built. To this day the town still maintains the ancient appearance even if you can admire only 15 of the 72 towers of the 14th century. However, San Gimignano remains “the town of beautiful towers”. some of the remaining towers

You can start your visit of the town from the superb Piazza della Cisterna (Cistern Square), named after the central reservoir of the 13th century and surrounded by beautiful patrician houses and the two twin towers of the Ardinghelli family (9th century). Through a passage you can reach Piazza del Duomo (Cathedral Square), also surrounded by palaces and towns. Palazzo del Podestà and the Cathedral of the 12th century are fascinating. Inside the Cathedral you can admire the splendid frescos Old and New Testament by the painters Bartolo di Fredi and Barna Senese (14th century) and other works by Ghirlandaio, Benedetto da Maiano and an impressive Judgement by Taddeo di Bartolo. Next to the Church there is a Loggia with a magnificent Annunciation painted by Domenico Ghirlandaio. You should also visit Palazzo del Popolo and its Museums. 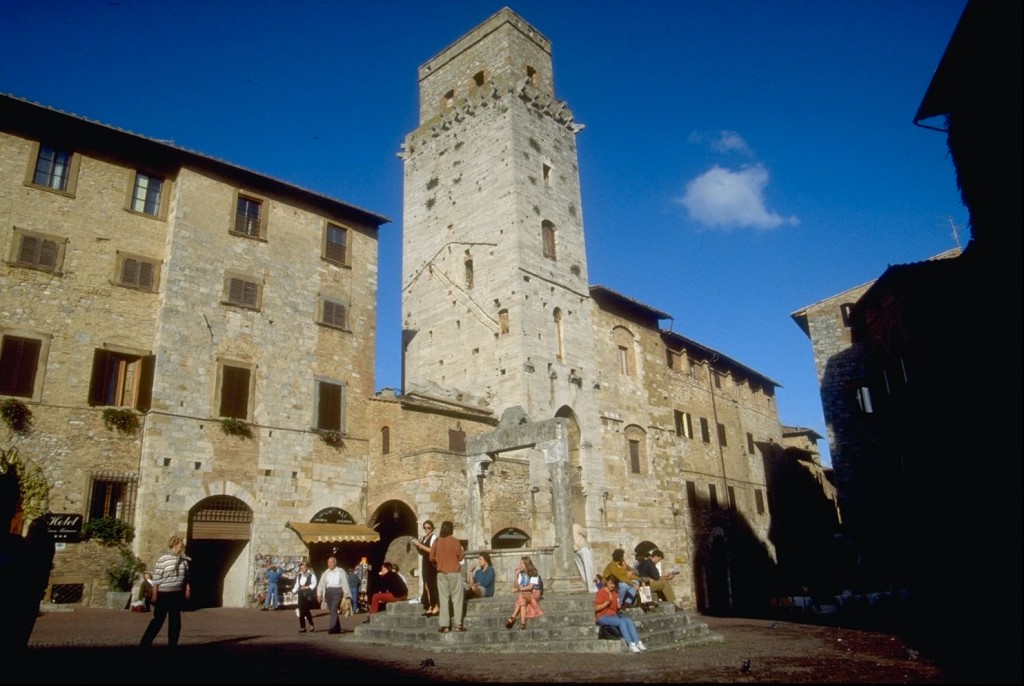 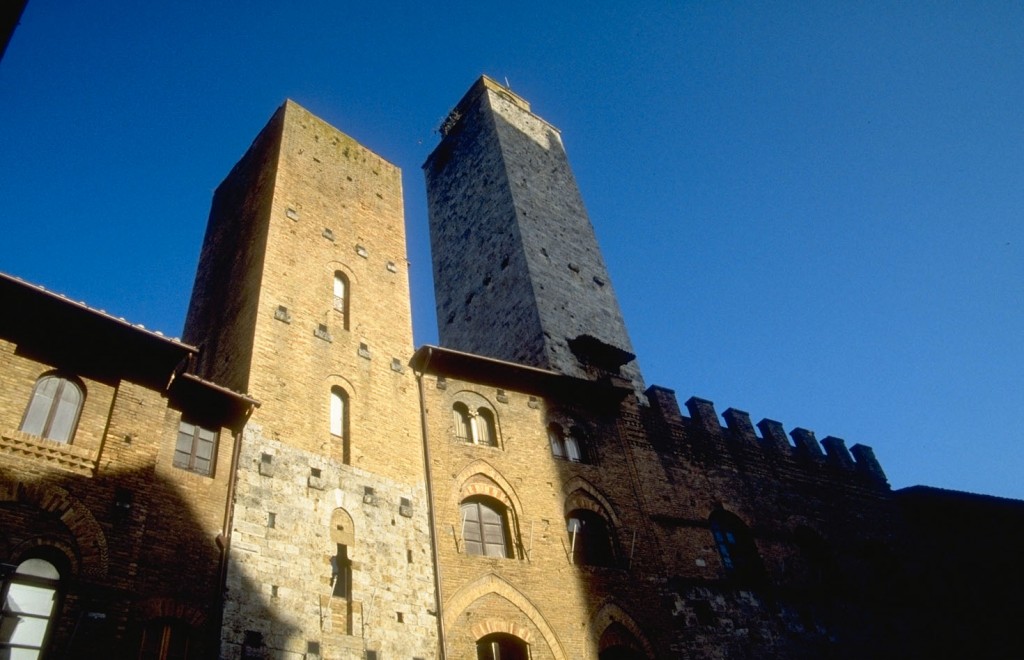 The Museum of Sacred Art and the Etruscan Museum in Pecori Square are also very valuable. Those who love animals can visit the Ornithological Museum (in the Oratory of St. Francis in via Quercecchio) and the curious ones will take the chance to enter the interesting but grim Museum of Medieval Criminology (in via del Castello).

Moreover you should know that here the famous and excellent Vernaccia di San Gimignano is produced, with a label that guarantees the quality and the origin of the wine. The golden yellow color, the dry taste, the fresh scent, reminiscent of fresh almonds, characterise this unique wine.